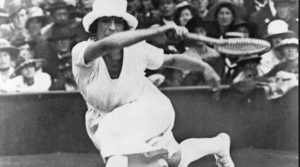 In the club’s early days the club was somewhat nomadic. Formed in the early 1960s, it first used the grass courts located at what is now Sudbury’s cricket ground. By 1970 it had moved away and the club played at Sudbury High School (now Uplands Middle School). Sudbury Upper School started in 1972 and the tennis club moved again and was located there for several years. The problem here was that it was very windy and when the courts at Belle Vue park were modernised the club switched once again, this time staying put for about 5 years.

Philip Richardson was a member and realised that there was land available in Quay Lane, that would be very suitable for a tennis. As it was the site of an old gasworks, the government were willing to provide a 50% grant for anything where the land could be safely reused.

Philip Richardson and Pat Bashford spent about a year getting planning permission and around the mid 1980s the three hardcourts  were completed. This took a lot of fund raising and a not inconsiderable loan from the Lawn Tennis Association. So the club had its own courts, but it didn’t have a club-house. This was the next stage and it was overseen by Roger Wilkins, ably assisted by Steve Kendall. While this was going on, the club members used the facilities at the Quay Theatre, who didn’t seem to mind the increase in takings at the bar. That part was all in the interest of scientific sports research, as you will no doubt understand. More fund raising, and then a grant from the National Lottery, finally saw the club-house come to fruition around 1990. In 2000 the courts were resurfaced and in 2009, the club changed the court colours from the traditional green to the more modern blue.